HomeBlogAre we all brain damaged? 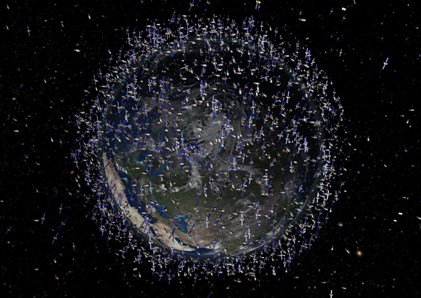 Could we all be suffering from brain damage? Tony Wright certainly thinks so, pointing out that the world we’ve created is clearly the product of a disconnected consciousness. The idea that we can keep on using up Earth’s resources and polluting her soil and water without consequence is insanity.

But it seems there was a time when we lived much more in balance. A time before the ‘Fall’ spoken of in the stories of many of the world’s cultures. Anthropologists now tell us that 150,000 years ago our brains were 10% heavier than they are today. So what happened?

Tony Wright thinks he knows. His new book ‘Left in the Dark‘ challenges the common idea that we are now at the peak of our evolution. He argues that if we do now have significant brain dysfunction, then how would we know, when the instrument we use to judge this is the very thing we are observing?

Tony’s quest to find answers has driven him to experiment regularly on himself, in particular around the effects of diet and sleep. He even stayed awake for 11 days and nights last year (a new world record) to prove his theory ~ I know, as I was there! It was not the first time he’d subjected himself to this process though, he’d previously undergone scientifically scrutinised sleep deprivation, baffling researchers with his lucidity.

His work gives us a whole new look at the function of sleep and the vital importance of natural nutrition in building brains that perform at their full potential. He proposes that when we once lived naturally in the tropical forest on a fruit-rich diet, powerful feedback loops fuelled our rapid brain expansion. Once we moved out onto the plains, this process reversed, creating our current left / right imbalance of brain function, almost unique in nature.

So why has Tony been putting himself through these trials? Well, it seems that our left hemisphere is the only one that needs to sleep, so by tiring ‘it’ out our more holistic thinking right hemisphere gets to come out and play. We already know this, but all the time we consider our ‘tired and emotional’ selves something to be kept hidden, we will keep making the same mistakes. Interesting isn’t it, that in many cultures, staying awake (e.g. vision questing) is used as a consciousness raising technique?

Tony has spent the last decade investigating possible fixes. His own discoveries, together with information gleaned from other leading researchers, has led him to several new key insights. Among them, he has identified that a raw food diet rich in certain fruits can provide the right hemisphere with the fuel it needs to function at levels considered at present to be near genius. Tony believes that these astonishing abilities, seen occasionally in savants, exist in us all, just waiting to be unleashed.

In their fascinating book, author Graham Gynn takes us on a journey through Tony’s ideas, weaving them together to create a radical new picture of how we got from Eden to where we are now, and what we might be able to do to get back. The result is essential reading for us all.

Tony talks about his ideas on Conscious TV here: