Feeding the soil to feed ourselves 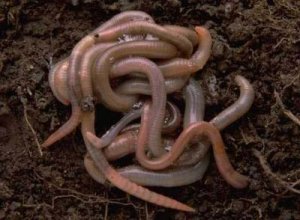 Ploughing & digging also has a direct impact on vital soil life. Earthworms, who aerate the soil with their tunneling, are killed in great numbers by the mechanical action of the plough or spade. Similarly, micro-organisms (which interact with plant roots to enable them to take up nutrients) mostly live in the aerobic conditions near the surface of the soil, but are killed by being buried deeper by the plough or spade. The final insult to the soil by intensive farming is the use of tractors. On steeper land, a tractor can only plough up & down the slope – which maximises water erosion down the channels they create. The evidence for the insanity of this practice can be seen in streams & rivers during & after heavy rain & on the white tops of fields of chalk farmland from where all the soil has been lost.

So it’s time we started putting the life back in the soil & there are various permaculture practices that can encourage this. Most importantly, the soil prefers to be covered, either by living plants or by leaf litter (which earthworms will drag down under the surface & convert into great compost). This simple act will halt erosion & start to build the soil again. It will reduce the extremes of day & night temperature & provide a habitat for beneficial soil organisms to thrive.

If we mulch with well-rotted compost we also feed the soil in a ‘slow-release’ fashion, which avoids the dramatic changes in pH associated with ‘digging it in’ & the ‘burning’ effect that it can also have on plants. If necessary we can provide additional aeration for the soil with a fork (or on a commercial scale with a sub-soiler), which allows air in without disturbing the different layers. To maintain good structure, we’d be well advised not to walk on our garden beds as compacting the soil, expels the air & affects essential drainage. This is why appropriately sized raised beds with clearly defined paths are such a good idea.

Only a well balanced soil is going to grow us truly nourishing food. If the nutrients aren’t available to the plant, then they won’t be available to us either. So it’s never been more true that we get back what we give out.