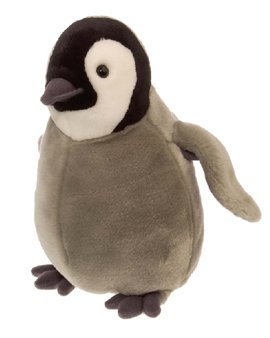 Patterns abound in nature, and yes we often see beauty in those places, but our ability to recognise patterns is actually vital to our survival. Imagine if you will… What if we couldn’t recognise the pattern of say, a particular face or fruit and associate it with safety / nurturing or indeed the opposite? Wouldn’t life be so much more time consuming (and dangerous)?

So our brains are already ‘hard-wired’ to recognise patterns. It is such a powerful process, that it can even elicit an emotional response (to for instance, a fluffy toy in the pattern of a baby penguin).

OK, so other than these obvious survival issues, why is understanding patterns important to me?

Well, given that we’ve been making a bit of a mess of things of late, we might be advised to consider some different ways of doing things. Like how we grow our food for instance. Or how we use energy. Quite frankly, how we might go about being sustainable!

So how does understanding patterns help us with living more sustainably on the Earth? Well, you may have noticed that nature as a whole has done pretty well. Yes, species have come and gone, but life as a whole is still here, after a mere 3.5 billion years apparently. Makes one feel humbled by the sheer vastness of such a timescale. So what’s nature doing right, and how can we use those same principles to ensure that our human genes make it beyond the end of the next century?

Well, it’s first worth recognising that the patterns we see are actually the boundaries between different things, like where plants or trees meet the air and the soil. The particular shapes that we see are just the ones that have evolved to be the most effective ones at fulfilling their essential functions. As we look around the natural world we notice patterns, those shapes that recur again and again; webs, spirals, branching, waves etc. But why those particular forms and what can they teach us?

“To understand nature better, we first need to recognise the roles of its basic patterns.”

It’s important to realise that patterns are not just nice to look at, they also have function. So if we can identify what these functions are, we can start designing the things we do using the same forms.

The first thing that we notice about these common patterns is that they all increase the edge across which those particular functions can occur. Whether we are considering the way the branching of our lungs maximises the potential for gaseous exchange inside the limited space of our chest, or the way a vortex of falling water draws in the most oxygen, these patterns all increase the surface area of each edge. By contrast, consider the surface area of a ‘hi-tech’ solar panel with a meadow of grass (the latter system also continuously moving its receptors to maximise the area facing the moving sun). Makes you wonder how we ever got this far really doesn’t it?

These patterns also have other functions, the spiral form is found focussing energy (into the centre) or dissipating it (to the periphery). The branching pattern is a way of collecting or distributing resources, like in a river system, or a tree. We find waveforms wherever there are cyclic phenomena, like seasons, or day and night. Each cycle brings opportunities for some kind of yield (e.g. food harvests every autumn). 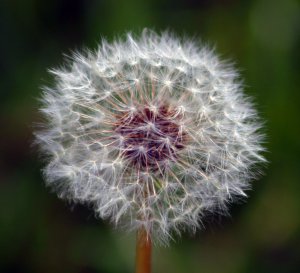 Nature has one very special pattern though and you may not think it a pattern at all. Without it though, we probably wouldn’t be here today, because it is the driving force of evolution and without the capacity to evolve to meet changing environmental circumstances, life would have no chance.

Our Sun is apparently 25% hotter now than when life first began to evolve on Earth 3.5 billion years ago, so over time different species have had to evolve to cope with those changing conditions. To achieve this, nature simply ‘plays the lottery’. Every time that a new generation is born, those seeds are scattered ‘randomly’ (e.g. wind dispersal of plant seeds, seeds attached to animals, animals choosing different mates). Any seed that falls into optimum conditions (fertile soil / a good microclimate / with good companions) will do well. Wild plants commonly found growing together are usually in a mutually beneficial relationship. Each benefits the other in some way and that gives them both an advantage over others of the same species, growing alone.

We also now know that during reproduction, species occasionally undergo apparently random genetic mutations. These may prove to be advantageous; particularly significant when environmental conditions are changing. Nature may always be playing the lottery, but she also buys all the tickets! One of them will be destined to win, but life as a whole gets to carry on into the future.

Try this for yourself; take a few handfuls of different seeds (bigger are better – e.g. Acorns) and scatter them across a floor (or table). Look at how the seeds have grouped themselves in different combinations across the space. Each of these is a potential new experiment (maybe do this for real on a piece of ground & watch what happens over the coming months).

“I believe that it is in sophisticated pattern application that the future of design lies, and where many solutions to intractable problems may be found.”